Dewar Rattray was founded in 1868 by Andrew Dewar and William Rattray in Glasgow. The company originally imported French wines, Italian spirits and olive oils as well as holding stocks of both malt and grain whiskies which were the basis of its two Scotch Liqueur whiskies, Hero and Glenburn. It also acted as West of Scotland Sales Agent for a number of Highland Malt Distilleries one of which was Stronachie.

In the early 1950s the company moved away from bottling wines and spirits and its primary purpose today is to blend and store bulk Scotch Whisky, primarily malts which range from the 1989 distillation. Today Dewar Rattray is in the capable hand of Tim Morrison, who after the sale of Bowmore to the Japanese a couple of years ago decided to resurrect the Stronachie blend.

Morrison enquired about the Stronachie trademark and found that it had fallen into abeyance, so he bought the rights to the name. By coincidence an original bottle of Stronachie 12-year-old 1904 appeared in the salesroom of McTear’s in Glasgow in 2001. The story became more complicated than a normal bidding ceremony, as the bottle had been dropped and damaged by the auctioneers, who had to purchase it from the owners. So Morrison was able to offer McTears "a sizeable four-figure sum" (at the upper end of this price scale) to take it off their hands. As far as he is aware, this bottle is one of only three in existence (the other two are in Japan and Germany).

Small samples were drawn from the 1904 bottle, tasted and given a detailed flavour profile. He then had to find a good replica that bore some resemblance to the spirit he had tasted. He analysed hundreds of casks and conveniently found a 12-year-old single malt from another Highland distillery in his filling stocks which was similar to the original Stronachie.
Order by 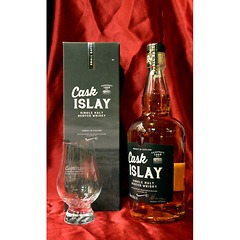 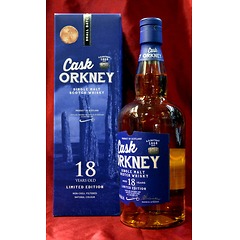 Dewar Rattray
Cask Orkney 18 year old 46%
£65.79
Be the first to hear about new bottlings, limited editions, offers and our whisky tasting events
Join thousands of other whisky lovers & subscribe to get all the news from Gauntleys, our latest offerings & whisky events